1973 THE PRESS ON THE VOCAL COMPETITION

Although only one First Prize was awarded at the 20th International Vocal Competition Den Bosch, Hein Zomerdijk for Brabants Dagblad still though that the Jury had been a little too lenient for the male section when it came to Second Prizes, especially with respect to East German bass-baritone Peter Tschaplik and Romanian tenor Antonius Nicolescu (who where both absent at the Gala Concert). From the start, it was clear that the average level of participants was less high than the Jury suggested by letting half of the semi finalists pass to the finals; 17 sopranos, 8 altos, 4 basses/baritones, and 6 tenors. Rather than focusing on the lesser ones among them, Zomerdijk commented in Brabants Dagblad on the most promising singers he heard at the first round of the semi finals. After Adrienne Csengery, everyone’s favorite from the start, he focused on the Romanian soprano Mihaela Mijea-Anastase:

‘From her first Mozart aria onwards one could hear that this was going to be one of the more important finalists. Her first notes revealed that she was a joyful songbird of sorts, who handed out coloraturas as if they were candy in the bag of Santaclaus.’ 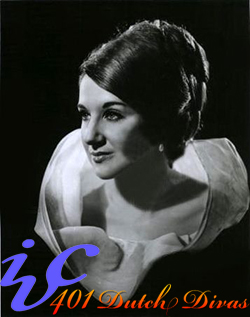 Otherwise Zomerdijk acknowledged the Jury’s choice for Bulgarian soprano Zeljaska Domova, and the Americans Maria Novak and Jan Redick as finalists. The latter two received a friendly recommendation to get themselves a better dress, while the election of Cornelia Pop into the finals surprised the critic. Whereas he at least hoped that her election might inspire her to surpass herself, he had little hope for the three basses and baritones that passed on to the finals. The Japanese bass had a voice but didn’t have a clue with respect to interpretation, whereas Zomerdijk preferred the stylish Czechoslovakian opera baritone Miloslav Podsalsky above East German Lieder singer Peter Tchaplik.

Among tenors and altos the situation was ever worse, thought Zomerdijk, who developed an almost Hanekrootian style, when he described the Korean Tenor Yoogae Yu as ‘Willy Alberti II,’ to which the public responded in a jolly laid-back fashion. Apparently Yu had copied the famous Gigli pose and even possessed an impressive sound, which he regrettably wasn’t yet able to control in terms of pitch. Given that he did achieve a fine Korean career thereafter, any given problems were apparently sorted out.

Zomerdijk heard potential in Dutch tenor Wouter Goedhart’s Händel aria, although the excessive use of portamento showed his lack of technique at that early point in his career. Goedhart made up for that later on, and had a local Dutch career, singing in 71 productions with the Dutch National Opera from Un ballo in maschera in 1968 to Salomé in 1994. His crwning achievement in a fine comprimario career was definitely the creation of the title role of the Monkey in the 1980 world premiere of Peter Schat’s Aap verslaat de knekelgeest (which was reprised in 1982, and also released onto CD). His voice is presented on the famous Dutch singers anthology ‘Het puik van zoete kelen.’ Hungarian tenor István Roszos’ participation was likewise judged premature. Zomerdijk noted that he had enormous power and potential, but that his voice apparently was ‘just found between the spring birches in the pusta.’

Interesting is Zomerdijk’s opinion of the Belgian tenor Josef Baert, whom he had wished a place in the finals on the grounds of his sensibility and his stylishness. His Gounod wasn’t impressive, but that didn’t matter since Baert had clearly enough stated that his chosen repertoire was song. Zomerdijk’s opinion is interesting mostly because Baert indeed achieved a fine career as a concert singer (see Winners section). Although the Jury did not let Baert pass on to the finals, they did recognize his talent, by granting him an scholaship for the Summer Course in Vught. Another review reveals that Baert had then just transformed from a baritone into a tenor, and one journalist thought that winning a Prize here would only have resulted in a shortness of repertoire if he had actually been propelled into a tenor career from scratch. Being send to the Summer Course ‘won’ him a useful year. 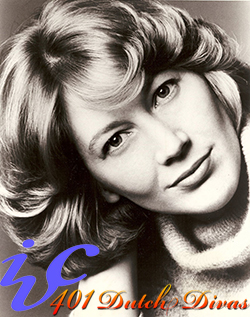 With a sharp ear, Zomerdijk also singled out American alto Brenda Quilling among her peers, and praised especially her very controlled dramatism in the concluding aria of Purcell’s Dido and Aeneas, which made a profound impression. Once again, Zomerdijk recognized the potential of a singer who would subsequently achieve a career, in this case a fine local career in the USA, which culminated in two extremely rare, privately released CD albums, of which she provided us with her favorite song, ‘Songs my mother taught me.’

Brenda Quilling reappeared at least once in The Netherlands, when she performed Elettra in Mozart’s Idomeneo at the Dutch National Opera in the City Theatre Amsterdam, on November 11, 1982. The cast featured Jerry Hadley as Idamante, and Curtis Rayam in the title role, conducted by Hans Vonk.

When the Second Prizes for tenors James Wagner and Antonius Nicolescu, as well as the one for baritone Peter Tschaplik were announced, the audience received them with silence, and the Journalists of Brabants Dagblad, NRC, and Elsevier seemed to agree. Although James Wagner had impressed during the semi finals with Duparc’s ‘Phidylle,’ he couldn’t follow up on the expectations during the finals. The Press dubbed these three awards an attempt to rescue something of the 20th IVC in terms of numbers of winners, given that only in the soprano category a First Prize had been awarded. Tschaplik’s Prize was thought to have been given to him more on the grounds of Prizes he had previously won at other prestigious competitions, thus proving that these were closely watched by the Jury (who sometimes also knew candidates from other Jury memberships elsewhere). Worse yet was the treatment of Vibeke Bjelke; her Second Prize was greeted with boos, although the correspondent of NRC thought hers a pleasant timbre. In addition, she sang with ease and clarity, as well as with fine understanding of the songs she interpreted.

The reviews of the achievements of the only First Prize winner Adrienne Csengery during semi finals and finals suggest that she was truly worthy of the Great Prize of the City of Den Bosch. This prize was not awarded though, and she may have lacked a volume dominant enough to reach that far yet, although she would fully live up to the expectations during her subsequent career.

Otherwise, Zomerdijk thought that there was little difference between the chances of Bulgarian mezzo Penka Dilova and the American altos Carole Walters and Margaret Petengell, except perhaps in terms of repertoire. Zomerdijk further noted that most singers stuck to the iron repertoire, whereas statistics proved that those singers who included adventurous repertoire appeared more intelligent, whereas they most certainly had the full attention of the Jury.

The finals proved that having a fine voice alone was not nearly enough, if you didn’t have all the other assets on top, including nerves of steel. Alas, the joint favorite with Adrienne Csengery, Mihaela Mijea-Anastase, lost her nerves to the point where she performed on a level that wouldn’t even have served to let her pass to the finals. Csengery thereagainst, rose to the challenge and left all others far behind in terms of musicality, dramatic instinct, and intelligent technical control.

Hein Zomerdijk opened his first articles with a reflection on the financial troubles and the pros and cons of the IVC, as described in the intro pages. In addition, he thought it odd that out of 84 participants of whom 74 showed up in Den Bosch, only 9 were Dutch. All the more so, since the preliminary rounds were anonymous, meaning that Dutch candidates needn’t fear early elimination as something that could affect their future chances. The latter was a point of concern though, since of those 9 candidates, only 2 made it to the semi finals. Zomerdijk’s plea seems to suggest that the failure to play a major role in promoting Dutch singers abroad, played a role in the re-evaluation of the IVC with the resulting budget cuts. Admittedly, a good hand full of Second Prize winners from the Netherlands had over the years proven themselves better suited to the requirements of the international concert and opera arena than many a foreign First prize winner. Although it is impossible to ‘prove’ that Dutch participants had to be significantly better at the time than foreign participants, the statistics were not in favor of the juries from 1958 to 1973. The IVC strongly advocated the great Dutch and Belgian Winners Annette de la Bije (1954), Elly Ameling (1956), Maria van Dongen (1957), Jules Bastin (1961) and finally also Robert Holl (1971), but statistics also showed that Second Prize winners Bernard Kruysen (1958), Henk Smit (1961) and Marco Bakker (1966) had achieved careers that were more than worthy of what was expected from First Prize winners. The list of well known Dutch and Belgian participants without a Prize, or with at best a minor Prize is even longer, starting from Nico Boer and Willy Caron (1965) to Wilma Driessen, Marie Cecile Moerdijk, Lia Rottier, Mariette Dierckx and Max van Egmond (1966), Ruud van der Meer (1967), Kaja Borris (1968) and John Bröcheler (1969) up to Marcel Vanaud (1972). One could argue that these singers should have tried their luck again. Admittedly, this had previously brought glory to Jules Bastin, Hubert Waber, and a number of foreign singers. At the same time it is clear that the numerous cases of former Second Prize winners who had been send home completely empty handed a year onwards, also didn’t help the home reputation of the IVC. While the international attraction of the IVC was near stunning, there was clearly a lot to win within The Netherlands.

Regardless, Zomerdijk duly noted that even though the Prize money in Den Bosch was not on a par with the Prize money one could win elsewhere then, recent history showed that a fine result in den Bosch was a great cataclyst for a career, as proven recently by the likes of Patricia Payne and Thomas Thomaschke. The careers that would eventually be achieved by 1973 Winners Adrienne Csengery, Stefania Tosczycka, James Wagner, and Josef Baert further attested to the high international standing of the IVC. Nonetheless Gérard Verlinden for Elsevier prophesized ‘a grave crisis in the world of music,’ on the grounds of the ‘tremendously disappointing level of the 20th IVC.’ Worst of all was the situation involving tenors:

‘Tenors are finished. All resources exhausted. Giving them consolation prizes is not going to help. There is only one remedy: to adjust the repertoire of the future to the limited abilities of the breed today.’

On top of such near comical exclamations, he ridiculed specific candidates with a terminology that matched Leo Riemens’ previous essays; one prize-winning tenor was dubbed ‘a human fire alarm,’ whereas the basses/baritones made him cry ‘for all the wrong reasons.’ Verlinden pitied the members of the Jury, who had faced an exceptionally tough challenge. His personal favorites were… accompanist Gérard van Blerk and Thom Bollen, who proved to be masters in shifting from one 5 minute piece to the next. Otherwise he predicted decades of vocal disaster…