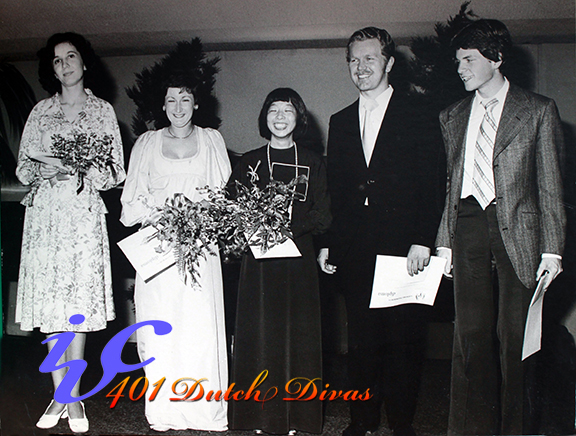 The International Vocal Competition 197 was held from August 28 until September 8. The Jury was once again presided by Manus Willemsen, the jurors were Frédéric Anspach, Kim Borg, Giorgio Favaretto, Thomas Hemsley, Erna Spoorenberg, Hertha Töpper, and Ilya Yossifov. Accompanists were Thom Bollen and Rudolf Jansen. The semi finals were on September 2 and 3, the finals on September 4, the concluding Gala Concert on September 8. While renovations on the Casino Theater were still ongoing, the competition continued again at the House of Province and the Jeroen Bosch House.

As usual, the IVC proudly presented the exotic mix of participants and voice types: among 74 registered vocalists, there were 34 sopranos, 19 altos/mezzo sopranos, 10 tenors, and 9 basses/baritones. The rising popularity of the baroque genre is reflected by a doubling of the participating countertenors, which went from the first and single on in 1975 to two in total for 1976! Of those 74, 71 eventually showed up (4 withdrew, while there was also one newcomer).

Hein Zomerdijk wrote a lively introduction on the opening day in Brabants Dagblad:

‘The IVC banners fluttered in the wind above the still green grass, North of the St. Jan’s Basilique, while the Royal Brass Band ‘s-Hertogenbosch tossed out some of their most popular numbers, conducted by Peer Severijns. Since it was kermes, there was more musical entertainment to be enjoyed on this morning, varying from barrel organs to bandoleons, yet Severijn’s colorful, uniformed ‘trumpeters’ almost seemed to be hired for the opening of the International Vocal Competition. Once again, the IVC has to settle for the Jeroen Bosch House at the Hinthamerstreet for the preliminary rounds and the semi finals.’ (Hein Zomerdijk, ‘Vocalistenconcours geopend,’ Brabants Dagblad, August 8, 1976).

Until the rain ended the people’s enthusiasm for the various sorts of entertainments in the city center, there was a lot going on in front of the Jeroen Bosch House, where the IVC secretariat had gathered to receive all sorts of candidates from around the globe. Jurors were establishing themselves; accompanying pianists Thom Bollen and Rudolf Jansen were still finalizing tactics with the candidates, who wanted to secure their performances up to the very last detail.

Besides relishing in the glory of the competition, the organizing board continued to evaluate their achievements, now even with an official rapport that looked critically into the merits of past, present and future of the IVC in terms of cost versus artistic and promotional benefits for the community. Hein Zomerdijk:

‘It fits into the well-wrought concept of this competition that the preliminary rounds are not open to the public. Still, the secretariat has ordered the making of a rapport that evaluates the first 20 years of the IVC in terms of organisatory structure, concept, effect, importance, and grounds for continuation and future prospects. The rapport does not overlook the criticisms one could have; neither does it avoid looking into the increasingly difficult financial situation of organizing this event. Anyone who is interested in the functionality and meaning of the IVC to Den Bosch may well take an interest in this rapport .’ (Hein Zomerdijk, ‘Vocalistenconcours geopend,’ Brabants Dagblad, August 8, 1976). 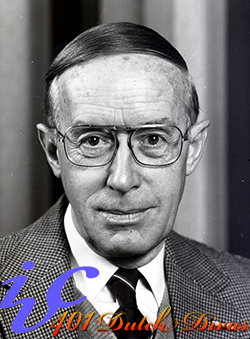 In his opening speech, Jury President Manus Willemsen took an advance of what could be expected from the rapport, when he said:

‘That Den Bosch draws such large umbers of participants year in year out, is due to the fantastic organization here. It is not only excellently organized, but the human touch and the down to earth character of those organizing it, also provide an excellent atmosphere. […] I can safely say that today, the IVC is the leading vocal competition in Europe, along with the one organized in Munich.’ (Brabants Dagblad, September 1, 1976)

Mayor G. van der Ven reflected on the future, when he said that the competition was no longer a novelty:

‘It is rather old at the age of 23. The rapport that looks into the future of the IVC has nonetheless concluded that there are good future prospects. This is reflected in the 74 participants this year, distributed over 24 nationalities. Basically, the rapport concluded that when interest maintains at this level, the usefulness of the competition is evident, and there is no need to reconsider the necessity of the IVC here in Den Bosch.’ (Brabants Dagblad, September 1, 1976)

When filtered from opening speech requirements and press promo pep talk, there clearly remains enough truth in these over enthusiastic claims to fame by Van der Ven and Willemsen. There was however one change noted in the press that is still not fully explained: the waning interest of the East-European countries. Previously they send large quantities of candidates, largely finished singers that were to be reckoned with. East-Europeans easily account for a significant number of First & Second prizewinners, starting with the Polish and Czechoslovakian triumphs in the 1950’s. (Halina Łukomska, Halina Słonicka, Ladislav Mráz), These victories were followed by the unprecedented string of triumphs by Romanian candidates in the 1960’s-70’s, and since the early 1970’s also Russians and Bulgarians. We do not know why especially Romania send less singers out, but it is intriguing to see the decline in numbers of Romanian candidates coinciding with the arrival of ­– a more modest number of – Russian candidates to Den Bosch. Regardless, the IVC 1976 had once again the regular Romanian opera diva among the winners: Mihaela Agachi (2nd Prize).