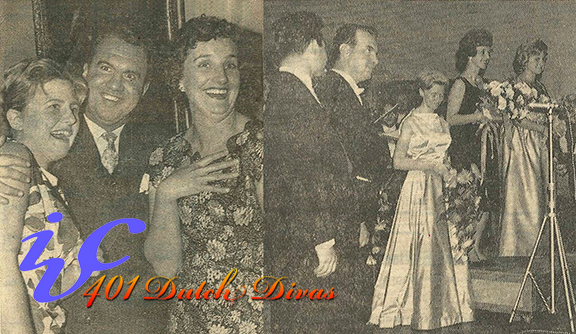 No less than five new jurors entered the 10th International Vocal Competion (IVC) ‘s-Hertogenbosch and this was a clear reply to the ongoing comments and suggestions in the press. German soprano Ilse Hollweg, French soprano/vocal coach Janine Micheau, the Italian conductor Domenico Messina, the English bass baritone and director of the Royal College of Music Keith Falkner, and Dutch diva Annie Delorie. In addition, the Viennese soprano Elisabeth Höngen returned after some years of absence.

The new jurors proved very pleased with the general level of the competitors. Faulkner thought the level was ‘outstanding,’ while Hollweg, still very active herself and freshly arrived from her Gilda performance in Cologne, had heard most beautiful voices during the preliminaries. Perhaps the general level benefitted also from the renewed interest among participants that climbed to 74 vocalists against the all time low reached in 1962, when only 48 singers arrived to Den Bosch. The 75 participants were divided in Netherlands (18), Germany (14), United Kingdom (9), USA (5), Canada, Poland (4), Belgium (3), Australia, Hungary, Israel, Ireland, Spain, Sweden, Switzerland (2), Austria, China, Luxemburg, and Romania (1).

The reception of Prizewinners

The reception of Prizewinners at the City Hall of Den Bosch proved an event of some scope, given that the 10th anniversary had lured many representatives of local, provincial and national cultural governments to Den Bosch to add luster to the IVC jubilee. Naturally, Mayor R. J. J. Lambooy refered to the already illustrious history of the unusual event that had turned Den Bosch into one of the centers of the musical world at large.

Thus, there was praise for the organizing board of the Foundation ‘s-Hertogenbosch Muziekstad that had given its best to realize the competition from scratch in 1953/54. OF course, the financers were extensively thanked, after which Lambooy memorized also the immediate driving forces behind the IVC, beginning with Jury President Manus Willemsen, director of the Dutch Impresario Agency Miss. M. Schill, the director of the Dutch National Opera and IVC juror Frans Vroons who all received the silver Jeroen Bosch medal of the City Den Bosch. Thanks were also addressed to the founding fathers Janus Kurvers and Frans van Amelsvoort, then to Frans van de Ven and Mr. J. Koopmans (Secretary of the organizing foundation). Accompanist from the very first day Georges van Renesse had already been awarded earlier that day, by Manus Willemsen. An announced concert of Jurors did not materialize during the jubilee celebration. Instead, some participants performed arias and songs.

In terms of funding, professionalization and attempting to make people feel more directly involved with the IVC, a Circle of Friends was introduced. Earlier on, the IVC had made an effort to show that their aims to help young singers were to be taken serious. Thus, they organized the second International Summer Course with 18 vocalists, among them 8 from The Netherlands. Coaches were soprano/teacher Clara Ebers, stage director Georg Hartmann, and bass-baritone/teacher Herman Schey.