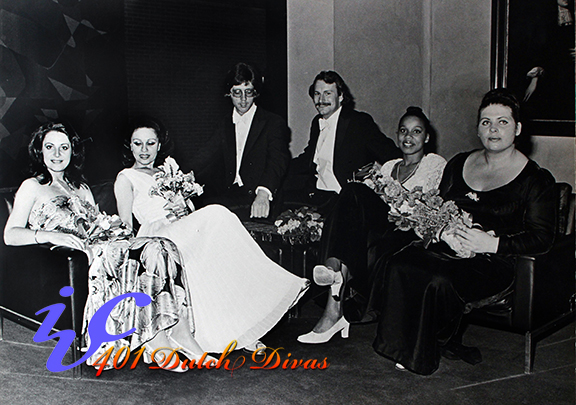 For the 21st International Vocal Comeptition Den Bosch 1974, 76 candidats arrived to compete in the preliminary round. Of them, 31 made it to the semi-finals that were held on September 5 (six tenor, four altos, six basses/baritones) and 6 (fifteen sopranos) in the Jeroen Bosch House at the Hinthamerstreet. Among them were Dutch soprano Anne Haenen from Soest, tenor Hein Meens from Amsterdam, and baritone Alexander Offenberg from The Hague. The finals were on September 7. Among the Jury Jury, John Daniskas (NL) presided over Arthur Eisen (USSR), Lore Fisher (GE), David Johnston (UK), Leo ketelaars (NL), Erna Spoorenberg (NL), and Renaat Verbruggen (BE). That effectively made half the Jury being Dutch/Belgian, which was a clear breach with the international policy in the first two decades.

Entrance tickets were ƒ 6 / ƒ 3 for students and 65+; passé partouts were ƒ 15 / 7,50. Candidates came from the UK (15), Germany (9), Russia (4), Poland (3), Luxembourg, Bulgaria, Ireland, France, Australia (2), Norway, Swiss, Canada, Finland, Japan, Belgium Spain, Uruguay, Italy, Venezuela, Korea, and Brasil (1). While in itself not a stunning list anyone with even a little notion of the history of the IVC in the last ten years will immediately notice the complete absence of Romanian candidates. A closer look learns that none less than 5 were expected in Den Bosch, but they were prevented from traveling when the authorities refused to grant them visa.

Another notable change was the location. Since the Casino Den Bosch was being demolished, the preliminary rounds and semi-finals were held in the Jeroen Bosch auditorium of the Provincinal Government Building, while the finals were in the Bois le Duc hall there. 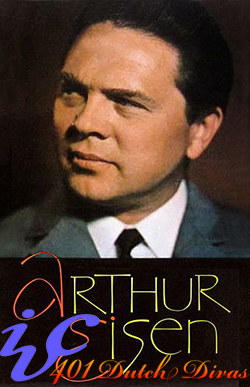 The Jury presented a nightmare for IVC secretary Eugène Pannebakker, because had arranged for the world famous soprano Galina Vishnevskaya to come to Den Bosch, but at last minute the intermediary who had arranged it told him that the diva could not make it due to obligations elsewhere. She had a solution though in the person of the Russian bass Arthur Eisen. Pannebakker was disappointed, since Eisen was then mostly famous in Russia rather than world wide (his ultimate fame spread to the West in the years to come, by means of Melodia LP recordings of Russian operas that started to become available from the late 1970’s onwards). With just a few days to go, he was left with no choice than to accept Eisen without having spoken to him, which would have normally been part of the selection procedure. When Eisen arrived, Pannebakker’s worst nightmare came true when the bass proved to have a political agenda, pushing Russian candidates. After the finals theJury needed 2,5 hours to reach a verdict because Eisen refused to agree on the American soprano La Verne Williams above the Russian soprano Ruzanna Lissitzian, and he refused to put his signature until a compromise was reached in that the Russian mezzo Nadezda Vainer would win the first prize, without a Second Prize being awarded in that voice category. Johan van Dongen saw the humor of the situation when he wrote that ‘the Russian Jury member, so proudly presented at the beginning of the competition, had ultimately ‘threatened to get Russian tanks to Den Bosch if his candidates didn’t win.’ Allegedly, just when Eisen seemed to agree, he apparently demanded that the Russian mezzo Vainer would also win the Great Prize of the City of Den Bosch, which in the eyes of everyone outside the organization still meant ‘Best Singer of the Competition.’ With the intrige out in the open, President of the Jury John Daniskas couldn’t help pointing out that there were for a change no boos from the audience when Vaimer’s Prize was announced, and it seemed that indeed most could live with it. Thus the allegedly first * Russian participation in Jury and contest had a mixed outcome. Russian had certainly send challenging candidates that seized most of the attention at the 201st IVC, on the other hand it proved an unreliable partner when it came to keeping agreements. For Pannebakker it was a ‘once but never again’ experience; the press by word of Johan van Dongen meanwhile loved the ‘friendly and charming Russian, Arthur Eisen.’

* The press was excited over meeting the first Russian Jury member, along with the first Russian candidates in all 21 years of IVC history, but the 1968 edition already had Russian born Oda Slobadskaya in the Jury. She had left Russia though and traveled on a Brittish passport. Therefore, Eisen may not have been the first Russian singer in the Jury, but he was certainly the first official representant of the Soviet Union.