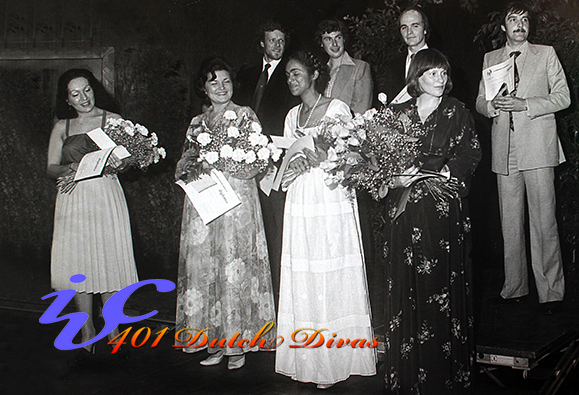 The 26th International Vocal Competition (IVC) ‘s-Hertogenbosch was held from September 1 to 8, with the concluding Gala Concert of the Winners of the 12th, in the Casino Theatre. After 25 years with participant numbers shifting between 70 to a max of a little over 100, the 26th IVC seemed to set a new standard, with once again over 100 singers having registered themselves. To be precise, there were 103, divided over 26 nationalities, with a record number of 9 coming from within The Netherlands.

Another remarkable number was the 20 candidates from the UK and Ireland combined, Japan was once again prominently represented, with 12 candidates, just as Germany. The USA came in 4th, with 11 participants. Hein Zomerdijk in Brabants Dagblad:

‘Understandably, some of these 103 participants will not arrive to Den Bosch. One or two will timely realize that they were a bit over confident, others will lack the necessary financial means to make the journey, and another will cancel out of opportunism. In the end, those who do arrive hope or expect to have the abilities to at least make it to the finals.’ (Hein Zomerdijk, ‘Onmisbare stimulans voor ‘t jong talent,’ Brabants Dagblad, September 3, 1979)

Elsewhere he mentioned that, ‘as ever,’ the interest of Latin countries as Italy and France was minimal. He added here that this was for ‘all the obvious reasons,’ without specifying them, which leaves us guessing to what he was referring to here. From today’s perspective, we have no clue as to why so few Italians, French and Spanish participants made it to Den Bosch. Given the numbers of American, Japanese, and east European candidates, he could hardly have been referring to travel distance and/or financial reasons. Perhaps the IVC was not well represented in the Latin countries?

Pro and cons of vocal competitions

Zomerdijk further revealed that the publications about the end of the IVC last year were a bit more than mere ‘speculations’:

‘It was discussed to end the tradition with the Silver Jubilee last year, and it was also discussed to lower the frequency. Some argued that a vocal competition had become an anachronism, which also very much applies to the prestigious Queen Elisabeth contest in Belgium. Jurors tend to place technical accomplishments above artistic ones. Sine artistic value also seems hard to measure, any contest is eventually a utopy. Modern multi media developments also make competitions like these superfluous, and so on. I would question those arguments in the light of the number of candidates that flock these competitions. They clearly draw inspiration from the contest, they want to prove themselves and achieve something; at times a push forward, at times introspection. Clearly, talent can only bloom when it is exposed to the larger audience. A competition is a powerful vehicle in that process. The desire to stand out and the chance to compete are valuable things. A Prize in Den Bosch can mean a whole lot to candidates, and not just because of the Prize money. On the contrary, there are quite a few contents where the reward on paper is significantly higher.’ (Hein Zomerdijk, ‘Onmisbare stimulans voor ‘t jong talent,’ Brabants Dagblad, September 3, 1979)

A shortage of… pianists!

Manus Willemsen was again president of the Jury, which further included Jo Bollenkamp (NL), Erna Spoorenberg (NL; she replaced Anton Dermota, who had broken a leg), Jeanne Deroubaix (BE), Dorothy Dorow (UK), Arthur Eisen (USSR), Horst Günther (GE), and Alexander Young (UK). Gérard van Blerk and Thom Bollen were once again the house accompanists at the piano, but given the exceptionally large number of participants (and we take it that unlike before, there must have been also less private accompanists this time), the two were no longer enough and Theo Bles was recruited as a third house pianist.

In 1979, two new prizes were added to the total this year. The First one was the Prize ‘Donemus,’ which is the Dutch Foundation that regulates the rights of living composers and their heirs regarding compositions and printed scores. The second new Prize was named after the world famous French soprano and IVC 1972/74 juror Janine Micheau. This Prize was made available by some of her former pupils.