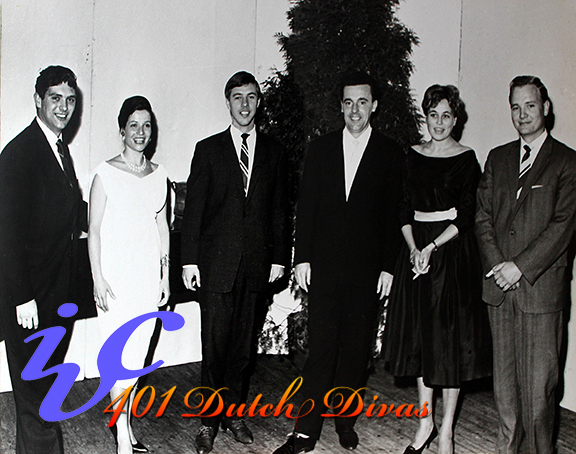 The 7TH International Vocal Competition Den Bosch propelled the event into the 1960’s. The continuous efforts of the organization to perfect the ground plan of the competition, by now had turned the IVC into an event of International allure. This was reflected in the record 101 participants that came to Den Bosch from The Netherlands, Germany (21), United Kingdom (14), Belgium (10), USA (5), Italy (5), Switzerland (5), Poland (3), France (3), Hungaria (3), Austria (2), and 1 each from Australia, Cuba, Luxemburg, Czechoslovakia, and Iceland. The semi finals were on Wednesday 6, and the finals on Thursday 7 September. The concluding Gala Concert took place on Tuesday, September 13. For September 18, there was a television broadcast scheduled with two of the winners, who appeared with the Kunstmaand Orchestra.

The number of national publications devoted to it in newspaper was ever growing; some journalists camped in Den Bosch for the entire duration of the competition, daily reporting every little detail that caught their eye or ear. This growing attention is of course reflected also in the mentioned Sunday, September 18 Telecast, a novum for the IVC.

N. W., in an unidentified newspaper clipping, summarized the 1960 edition in the context of a brief flashback to the IVC’s origins, in a well balanced article titled ‘The message of the International Vocal Competition ‘s Hertogenbosch’:

‘The 7th IVC Den Bosch ended on September 7, with the appointment of the awards. These were the result of an idea, suggested about 8 years ago within the circle of the Foundation of ‘Music City Den Bosch,’ to organize a vocal competition. In 1954, the first competition was organized. Although still in the modest Benelux context, the event attracted a lot of attention. Now, six years alter, the IVC ranks among the most prestigious vocal competitions in the World. The numbers of aspiring participants keep growing, and winning a prize there becomes more and more important.’

As we will see in other publications, clearly the press had been gathered together in an [undocumented] press conference, in order to discuss the radical attacks on organization and, especially, the Jury, in previous years. Nearly all subsequent September 1960 press publications reflect on these attacks, and the relationship between journalists, Jury, organization and event. N.W. also reflected on the subject:

‘It is inevitable that any verdict by the Jury, no matter how objective and knowledgeable they are, will at times give grounds for disappointment among the audience. After all, there is no other art form that can be approached from such different angels as singing. The first trouble already arrives with any given preference for a specific register. Then preferences for repertoire, and a specific interpretative approach also play an important role in evaluating voices. It is wonderful to have a beautiful voice that bends to one’s will in terms of technique; yet one should never forget that a voice is only a means, an instrument that should be employed to bring specific music to life. A Jury that would merely judge voices would be missing the point. What matters most is what any given singer achieves with his instrument – can he answer to the higher calling of the music?  The results of the 7th IVC prove that the Jury was aware of this. They rejoiced in the beauty of some voices, but proved even more happy to have discovered among them a few true artists, who can now further develop their talents and build their careers on the wings of a splendid achievement here, in the form of a First or Second Prize.’

Regarding the 7TH IVC, there is little to add to this perfect summarization of the standards that the 1960 Jury propagated. The competition would eventually kick start the careers of tenor John Wakefield, and 20th Century concert specialist, the French soprano Lise Arséguet. At a respectable distance, the Dutch bass Bert Olsson had a prospering career in his native country, as had the Icelandic tenor Sigurdur Björnsson, and the Polish soprano Irene Torbus-Mierzwiak. Post career, the latter two also became renowned vocal teachers in their respective countries. To date, only Great Prize winner, the Hungarian bass Károly Schmidt, has vanished from the retraceable world of singing. Apart from a Kodaly/Bártok folk song recording, his post IVC career is a complete mystery. Anyone who has further info on the proceedings of his career, is welcome to contact us at This email address is being protected from spambots. You need JavaScript enabled to view it.

Crisis in the alto department

Oh… no Kathleen Ferrier prize was awarded in this edition, which led some members of the press to proclaim the end of the breed of mezzos and altos… just as they proclaim(ed) the end of tenors, sopranos, basses or baritones in other years. Even worse, since 1954 no tenor had ever obtained a First Prize, which led some members of the press to speculate on what in Heaven’s name a tenor should do to win in Den Bosch? Given that with Michele Molese (1956) and John Wakefield two tenors of international repute had at least competed in Den Bosch, the answer would be that vocal competitions are in part determined by the form of the day, rather than by magical insights into the actual future of any given singer. Most peculiarly, with respect to those two tenors, most critics sided with the Jury’s opinion. In the case of Molese, as can be read in the 1956 section, we believe he must have been indisposed during the competition. Wakefield there against sung very well, but Károly Schmidt, Lise Arséguet, and Irene Torbus-Mierzwiak were then still able to steal the limelights from him. To which we add that the IVC’s early fame and glory – then as well as today – rested precisely in it’s extremely high demands; by 1960, winning a First or Second Prize in Den Bosch was synonymous for landing a career.