BEST SINGER OF THE COMPETITION

Marina KriloviciThis email address is being protected from spambots. You need JavaScript enabled to view it."> 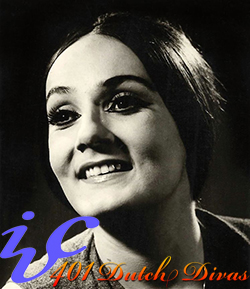 “Romanian soprano Marina Krilovici managed to turn her voice into a vehicle of gripping and yet refined emotions. Her Great Prize was wholly justified.” (Wouter Paap, Mens en Melodie, October 1966)

“Beyond doubt in a class by herself among the soprano roster in this edition. She was easily the most experienced and strongest contester among the four sopranos in the finals. This jugendlich-dramatisch soprano was remarkable in her arias from Tannhäuser and La forza del destino.” (L. Sch., Brabants Dagblad, September 12, 1966)

The outstanding vocal school of the Ciprian Porombescu Conservatory, and particularly that of Arta Florescu, produced nearly all the important Romanian female voices, from Viorica Cortez and Marina Krilovici to Eugenia Moldoveanu, Maria Slătinaru, Leontina Văduva and Angela Gheorghiu. Krilovici (b. 1942) perfected her voice with Maria Caniglia and Luigi Ricci in Italy and made her debut at the Romanian National Opera, Bucharest in 1966 as Donna Anna. After winning numerous prizes in vocal competitions, she achieved a career that took her to Hamburg, Vienna, Chicago, New York, London, Rome, Berlin, Paris, Lisbon, Venice, Munich and Montreal. In 1973 she became a German citizen. 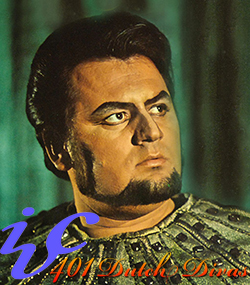 “A tenor who achieves a First Prize at any given international competition is a white raven, and indeed, such a creature is the 28-year-old Romanian tenor Ludovic Spiess. He reaped his prize on the wings of experience and a powerful voice. One simply couldn’t ignore him.” (Wouter Paap, Mens en Melodie, October 1966)

The critic of Brabants Dagblad judged the 1966 IVC a meager competition and made recommendations for recruiting better vocalists. Yet Ludovic Spiess (1938–2006) achieved an impressive international career, and Marina Krilovici, Norma Lerer and Marco Bakker also made their mark on the world of opera and operetta. Spiess was the first tenor to win a First Prize at the IVC. Critics were impressed by his vocal strength, although his lack of subtlety and old-fashioned stage demeanor were duly noted. These would remain the weak points of this former Brasov factory worker, who developed his voice in the worker’s choir.

Spiess made his stage debut in 1962 in Galaţi as the Duke in Rigoletto and sang at Bucharest’s National Operetta Theatre while attending conservatory. Following his IVC victory, he made his debut at the Salzburg Festival in 1967 as Grigori/Dmitri in Boris Godunov, conducted by Herbert von Karajan. The next year he sang Radamès in Aida at Zürich. Then came his Vienna State Opera debut and afterward his American debut as Calaf in San Francisco. In the early 1970s he began focusing on the Verdi repertoire. Although his weak points were obvious, Elisabeth Forbes wrote in a 2006 obituary that when in good voice, he could convey to the audience the pleasure he took in singing – a pleasure that lasted until the second half of the 1970s, when damage to his vocal chords virtually ended an illustrious career. That career is documented in a number of Romanian Electrecord LPs and CDs, among them recordings of Turandot and solo recitals. 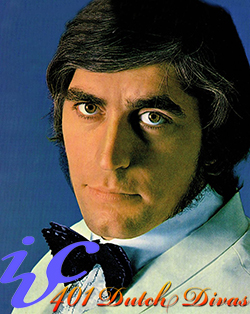 “Bakker’s selection was tasteful and well-suited to his lyric baritone. He sang an aria from Le nozze di Figaro with both ease and flair.” (Brabants Dagblad, October 1966)