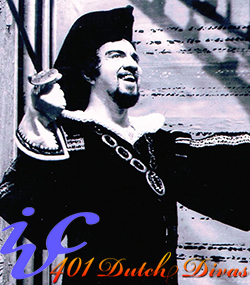 “A formidable voice and an excellent technique sustained by a powerful artistic personality. His lyric baritone radiated in ‘Di provenza il mar’ from La traviata. Iordăchescu’s rendition of Mussorgsky’s ‘Song of the Flea,’ in which the full allure of his artistic personality manifested itself, was a rare experience.” (L. Sch., “Opmerkelijke prestaties,” Brabants Dagblad, September 6, 1963)

“Romanian baritone Dan Iordăchescu reaped the loudest applause. His Gala Concert performance confirmed his exceptional vocal gifts and his natural artistic flair, which had already impressed everyone during the competition. First he sang Valentin’s cavatina from Gounod’s Faust , and later he concluded the concert with Mussorgsky’s ‘Song of the Flea.’ Public enthusiasm for the latter was such that he rewarded them with an encore, ‘Non più andrai’ from Le nozze di Figaro. That too was turned into an extremely expressive tour de force, both vocally and in terms of performance.” ( Brabants Dagblad, September 13, 1963)

Dan Iordăchescu (b. 1930, Vânju Mare) graduated from Iași Conservatory and then debuted in December 1949 in Bucharest at the Theatre CCS as Chiaburul in Florin Comişel’s operetta Cântec de viață nouă (Song of Life). He enrolled in the Ciprean Porumbescu Conservatory in Bucharest (1952–56), where his vocal teachers were Constantin Stroescu and Petre Ștefănescu Goangă. Following victories in vocal competitions in Berlin, Salzburg and Geneva in 1956, he was engaged as a soloist at the National Opera in Bucharest, where he made his debut in December 1956. Iordăchescu continued his vocal studies at the Mozarteum in Salzburg (1956), in Paris (1958–60) and in Rome (1960). About his IVC contest he remembers that he arrived by train:

“I had two days to rest, and there was strong competition from Polish baritone Anthonie Dutkiewicz; but I decided the battle with Mussorgsky’s ‘Song of the Flea,’ my strongest number. What impressed me in Den Bosch was the audience’s enthusiasm. They applauded me frenetically. Of course, my career had already taken wing, yet I was subsequently invited to sing in Germany and The Netherlands, where I did Carmen with Cora Canne Meijer, and I also performed in The Hague and returned to ’s-Hertogenbosch for concerts.” (Interview with Dan Iordăchescu in Bucharest, June 6, 2014)

During his impressive career of more than 60 years, Iordăchescu undertook 262 international tours in 61 countries, from Eastern Europe to the operatic capitals of Europe and North and South America, as well as Asia and even the Arab countries. He performed his 45 principal roles in over 1100 performances from La Scala to the Vienna State Opera, the Paris Opéra and New York’s Metropolitan Opera and the Bolshoi in Moscow (along with nearly 1600 lieder recitals). His partners included Mario Del Monaco, Plácido Domingo, Mirella Freni, Renata Scotto, Virginia Zeani, Montserrat Caballé, Luciano Pavarotti, Franco Corelli, Giuseppe di Stefano and others under Riccardo Muti, Lorin Maazel, Zubin Mehta, MstislavRostropovich and Tullio Serafin. What he remembers most vividly were his operatic creations:

“I sang in three world premieres in Italy, among them Nino Rota’s Roma capomunni, and then also Lodovico Rocca’s Monte Ivnor and Vito Frazzi’sDon Chisciotte. Another thing I am very proud of is my recital of George Enescu songs in Carnegie Hall.” (Interview with Dan Iordăchescu in Bucharest, June 6, 2014)

Since 1979 he has given master classes in the United States, Great Britain, France, the Philippines, Greece, Turkey and Romania. Summarizing his career, Iordăchescu says:

“I sang for God, the composers, and the public. When I had to sing and act villains, even killers such as Iago, I was very convincing, although it was difficult for me. I managed because I believe that God wanted me to show what evil looked like so that people could recognize it.” (Interview with Dan Iordăchescu in Bucharest, June 6, 2014)

Iordăchescu made countless recordings for labels such as Electrecord and Eterna. The complete filmed 2014 conversation with Iordăchescu can be seen at 401ivca.com. 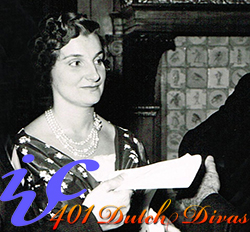 “The resemblance between Margaret Duckworth’s impressive voice and Kathleen Ferrier’s was striking, especially in the aria ‘Let other creatures’ from Händel’s Jephtha. Vocal splendor and dramatic intensity were abundantly displayed in ‘Liber scriptus’ from Verdi’s Requiem.” (Brabants Dagblad, September 13, 1963)