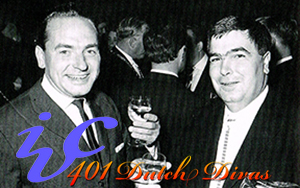 ‘Jules was someone who loved life. With his merry, mischievous eyes he could always make an audience burst in laughter. Even so, his musical nature was extremely serious.

The year 1962 was my third as member of the Jury in the IVC Den Bosch. As the last participant before the break, Jules made his entry. He sang Ravel’s song of Don Quichotte. Following his performance, the Jury members went into their coffee break, all with tears in their eyes. In themselves, tears are meaningless, but I wondered how it was possible that twelve Jury members, all very experienced, could be so touched by this singer. We were happy enough, sure to have found a First Prize winner. When he received it, the audience and the Jury was as happy with that prize, as he himself could have been.  After the official awards happening, we found each other again in a well known pub on the central square of the city, together with Hendrik Diels, critic of De Standaard. Many anecdotes followed, until the early hours. To the astonishment of Diels, Bastin spoke Dutch, and he did so surprisingly well. A souvenir of his Lyceum years, he said, which had stayed with him thanks to his extraordinary memory, with which he managed to surprise people continually throughout his life.

•
Jules Bastin on his IVC Victory 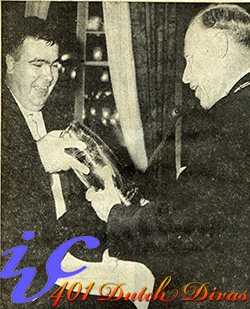 That Louis Devos was not exaggerating when he noted Bastin’s knowledge of Dutch, is testified by Bastin himself, of whom we have a brief reaction, made for Dutch Radio, immediately after having received his First Prize, on September 11, 1962. Below we provide the translation, but to make sure anyone can judge for himself, we provide here also the mp3:

JB: ‘I am very happy, even though I can’t say it too well in Dutch, since I am not used to speak Dutch. I can however assure you that I am extremely happy.’

INT: You haven’t made things easy for yourself today, correct?

JB: ‘It was difficult, yes, because the thee other bass baritones were excellent too.’

INT: What are your plans for the future?

JB: ‘I want to remain another year with the Muntschouwburg in Brussels, and after that I hope to sing a little in Germany, The Netherlands, and Switserland, in opera, but also in oratorio and song.

Is this the first ‘First’ Prize that you won?

INT: I shall no longer harass you, I congratulate you, and wish you tremendous success for the future. 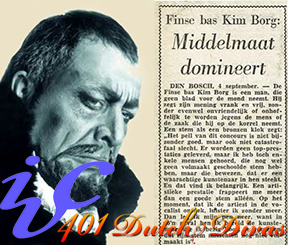 In an unidentified newspaper clipping, a local Brabant newspaper interviewed bass and jury member Kim Borg on the ins and outs of the competition, post finals. Borg, with a voice that resembled a bronze bell, had no problem to speak out:

‘The level of this competition was not extraordinary, but neither as it exceedingly low. There were perhaps no superb achievements, but I did hear a few singers who, even though not yet master of a finished technique, proved that true artistry resides in them. That is all that mattes to me – far more than just a great voice alone. Once I discover the artist behind the choice, I will listen. Then I stop writing markings, for I can forgive any artist for any given fault.’

Borg, on the verge of his upcoming Boris Godunov performances in The Netherlands, further shed light on the way the Jury functioned:

‘There is a surprising amount of agreement among the jury. Tome and time again it turns out that experts listen alike; this is shown when the jury reports are collected, that we all marked the same things.’
Although Borg stated that he valued the collegial atmosphere among the Jury, he regretted the fact that among participants many nationalities were absent:

‘Non came for the Scandinavian countries. For many foreigners traveling to and staying in Den Bosch is a very expensive undertaking. I can understand that interest from abroad is not what it should be.’