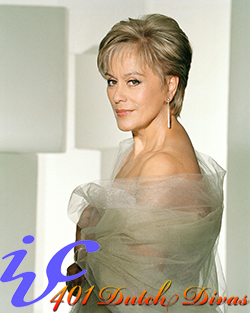 “When I asked IVC director Annett Andriesen how she had managed to get Dame te Kanawa to join the roster of the IVC Jury, she responded; ‘I called her, after an introduction of a member of the musical staff and then had a short meeting with her in Cardiff, and she said, ‘Yes, I would love to come’” (Annett Andriesen to the author, July 2014)

New Zealand soprano of Maori descent Kiri Te Kanawa (b. March 6, 1944) became internationally famous after her sensational debut as the Countess in Mozart’s Le nozze di Figaro at Covent Garden in 1971. From there she quickly established herself as one the world’s leading sopranos, appearing at the Metropolitan Opera, the Paris Opéra, the Sydney Opera House, the Vienna State Opera and La Scala. She has sung with the world’s leading orchestras and conductors, including Claudio Abbado, Colin Davis, James Levine, Zubin Mehta, Seiji Ozawa and Georg Solti. A lyric soprano, she is not only an opera singer but also a renowned interpreter of lieder and a sought-after specialist in contemporary music. She is a legendary interpreter of Richard Strauss – as Arabella, the Marschallin in Der Rosenkavalier and the Countess in Capriccio. She is also renowned for Mozart’s Fiordiligi, Donna Elvira and Pamina; Verdi’s Violetta, Amelia Boccanegra and Desdemona; Puccini’s Tosca, Manon Lescaut and Mimì; and Johann Strauss’s Rosalinde, Tchaikovsky’s Tatyana, Bizet’s Micaëla, Gounod’s Marguerite and Barber’s Vanessa. She has made numerous CD recordings of both complete operas and solo recital discs and was a pioneer in popularizing opera and classical music though television broadcasts, video and DVD. In 1982 she was awarded the title of Dame Commander of the British Empire. She founded the Kiri Te Kanawa Foundation, which aims to make her knowledge and expertise available to new generations of opera singers. Currently Te Kanawa is cooperating with the BBC in developing the Kiri Prize for discovering and promoting young operatic talents through auditions, master classes and television programs in England. 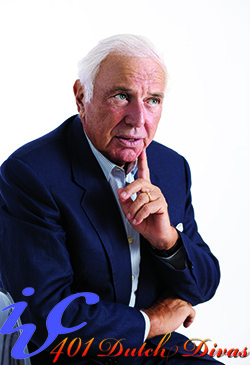 “ Many careers are shorter than in the old days, because everyone sings and travels too much, and it’s true that my colleagues are criticized for this. However, the intendant is a young singer’s best friend, for it is he who does the job of informing some older singers that it is time to make way for the next generation!’” (Ioan Holender to the author, Vienna, July 2012)

Former intendant of the Vienna State Opera, advisor to the Metropolitan Opera and artistic director of the Enescu Festival Bucharest Ioan Holender (b. 1935, Timisoara, Romania) is president of the Opera/Oratorio Jury at the 50th IVC. He began his studies in mechanical engineering but in 1956 was denied access to his university because he was active in the student movement. He then worked as a tennis coach until 1959, when, early that year, he moved to Austria to study singing at the Vienna Conservatory. From 1962 to 1966 he performed as an operatic baritone and concert singer in various houses. He then began working in an agency that he eventually took over, establishing himself as one of the leading impresarios for singers. In 1988 he was appointed Secretary General of the Vienna State Opera and in 1992 he became director of both it and the Volksoper. He left the Volksoper in 1992. When he left the Vienna State Opera in 2010, he was the longest-serving director in the history of the house. Besides being a juror at the competitions of his friends Plácido Domingo and Montserrat Caballé, he is committed to the IVC: “ It is an important competition that has produced many big names. I’ve known it since the ’60s, when I sang in The Netherlands: I even auditioned for Opera Forum. Managing singers and opera houses is a difficult trade – you have to balance between audience, subsidizers and singers’ interests. The general manager wants beautiful voices, the impresario wants to make money, and young singers are easily tempted by work and money. Knowing when to refuse is a big part of being a singer.” 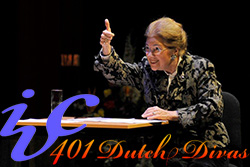 “You need to be one with the music, you need to let it touch you. Debussy once said, ‘Music is free everywhere, except in the score.’ You have to communicate to the audience: charisma. You need an iron constitution, perseverance, you need to be self-critical and you need to find little moments to relax whenever you get an opportunity. You need an elephant’s skin, since everyone will criticize you,especially in the papers. Rule No. 1: ‘Criticism is just the opinion of one person. Fame is what someone else puts on you.’ To be a little famous has advantages, but it can never be the goal. It all starts with the music. I say to you here, have faith, and ‘in bocca al lupo [break a leg]!’” (Elly Ameling, First Prize winner 1956/juror 2014)