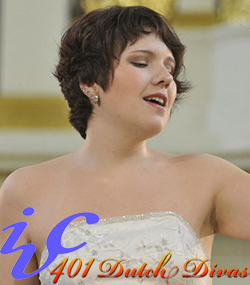 “She proved to be an exceptionally versatile coloratura soprano who made an unsurpassed impact with ‘Ou va la jeune Hindoue’ from Delibes’s Lakmé . An inspired singer who can delve into the notes with an almost scary precision. With her expressive, flexible sound she lets the music bloom. Stage effects are not her weapons; hers is the power of the silence and the mystical rhythm in which she envelops her arias and songs. Even the obligatory IVC composition ‘Et fix lux’ she sang with precise intonation.” (Mark van de Voort, Brabants Dagblad, October 1, 2012)

Belarusian soprano Nadine (Nadezhda) Koutcher (b. May 18, 1983, Minsk) graduated from Minsk Music College in 2003 and then went to the St. Petersburg Conservatory. In 2006 and 2007 she won various eastern International Vocal Competitions. In 2007 she made her opera stage debut at the Opera and Ballet of the St. Petersburg Conservatory as Marfa in The Tsar’s Bride. In 2009 she performed as Violetta at the Mikhailovsky Theatre, where she performed other leading roles for lyric coloratura soprano (Princess Eudoxia in Halévy’s La juive and Oscar in Un ballo in maschera). While completing her studies at the St. Petersburg Conservatory she participated in many concerts and productions, singing, among others, the title role in Lucia di Lammermoor, Marie in Bizet’s Ivan IV, and parts in Beethoven’s Christus am Ölberge and Mozart’s Requiem. In 2011 she graduated from the St. Petersburg Conservatory in solo singing and joined the Perm Opera. There she established herself as an audience favorite, and on May 21, 2012, she sang the title role in the Russian premiere of Dusapin’s Medeamaterial, for which she received an award. In addition, she recorded works by Jean-Philippe Rameau for the label Sony. From there to winning the IVC was just a small step. Her repertoire includes Antonida inA Life for the Tsar, the Queen of the Night, the Fairy in Massenet’s Cendrillon, Musetta in La bohème, Doña Isabel in The Fairy Queen and various concert works. In June 2014 she made her debut in the role of Elvira in I Puritani at the Municipal Theater of Santiago, Chile. 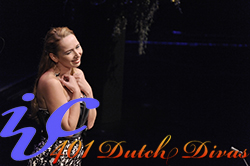 “The big surprise of the day was the powerful performance of the Russian soprano and Netherlands resident Gulnara Shafigullina. She attacked the arias of Verdi and Puccini with dazzling bravura. She presented Italian arias with a light Russian perfume – perhaps not everyone’s taste, but definitely charming. At the end of her aria from Giovanna d’Arco she stood there like a statue, her eyes piercing, her arm reaching out to God above, ready to fight her holy fight.” (Mark van de Voort, Brabants Dagblad, October 1, 2012)

Gulnara Shafigullina (b. 1985, Krymsk) lived in northeast Russia until she was 18 years old. Until 2003 she took piano lessons, and from 2003 until 2009 she studied voice at the St. Petersburg International Music Academy with Rimma Volkova. Shafigullina then moved to Amsterdam, where she continued her studies. In 2010 she released two CDs: Russian-Italian Dialogue, with opera arias, and another with Russian folk songs. In 2011 and 2012 at the Dutch Opera by the Sea Festival of 2011 and 2012 she sang Tatyana in Evgeni Onegin. In September 2011 she sang Violetta for the 25-year anniversary of the Muziektheater Amsterdam. In May 2012 she premiered Hans Kox’s opera Lalage’s Monologues; impressed by her voice, he went on to write other music for her. With all this, her success at the 49th IVC was hardly a surprise. In May 2013 she made her UK debut with the Philharmonia Orchestra, singing in a Verdi-Wagner gala conducted by David Parry. She also performed at the Olympus Festival at the Hermitage Theatre in St. Petersburg. She covered 9 performances of Yaroslavna in Prince Igor at the Metropolitan Opera in early 2014 and performed Liù in Turandot and the Foreign Princess in Rusalka at the Teatro Municipal de Santiago. Shafigullina has performed in Russia, Austria, Germany, the United Kingdom and The Netherlands. Hers is a lyrical, rich, warm, smooth and expressive voice ranging up to coloratura levels and a very personal style in the bel canto tradition. 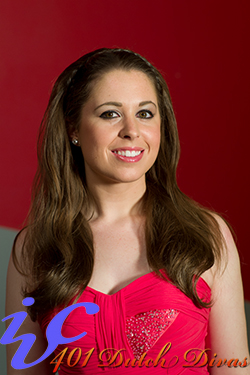 “While reading numerous heated press attacks on various juries, I wondered how one could be so emotional and still come back to write about the IVC for decades? Then I was asked to be on the press jury myself, and Hannah Bradbury was unanimously chosen. She had a light, lovely, picture-perfect voice and a charming stage presence and was completely ready for the stage. We simply thought she was by far the best and had expected her to win all other prizes. I had a déjà vu experience …” (R.S., September 30, 2012)