“One promising talent is the South African nightingale Pretty Yende, who produced one immaculate high note after another.” (Marjolein Sengers, Brabants Dagblad, September 29, 2008)

“She impressed with the high notes of her nearly a capella recitative from Massenet’s Manon.” (Frits van der Waaa, De Volkskrant, September 30, 2008)

“I’ve rarely encountered anyone so disarmingly focused on what she wants as the extraordinary young soprano Pretty Yende who happens to be touring Britain at the moment in the Cape Town Opera production of Porgy and Bess . It has one heart-stopping performance in the cameo role of Clara, who sings the best tune in the show (‘Summertime’) and then vanishes into the background texture, never to be noticed again. And in this case it’s sung by Ms. Yende, who is 24 years old, a Zulu from a remote South African township, and a spectacular voice which has spent the past year or two going round the European singing competitions and sweeping up the prizes like a Dyson de luxe. When this Porgy tour is over, she goes straight to La Scala, Milan, to join their young artists programme.” (Michael White, The Telegraph, October 30, 2009)

There’s no better summary of the beginnings of the sparkling South African Zulu soprano Pretty Yende (b. March 6, 1985, Piet Retief, Mpumalanga) than the Michael White quote above. Yet only eight years before that Porgy and Bess performance, Yende didn’t even know what an opera was – until she heard a British Airways advertisement that featured the Flower Duet from Lakmé. Within a year she had discovered enough about opera to make it into Cape Town University on a performance track. She graduated cum laude and won two prizes at the 2008 IVC, and in 2010 she won the Operalia. In 2012 she sang the role of Musetta in La bohème at La Scala, and on January 17, 2013, she made her Metropolitan Opera debut replacing an indisposed Nino Machaidze as Adèle in Rossini’s Le comte Ory opposite Juan Diego Flórez – to be continued online! 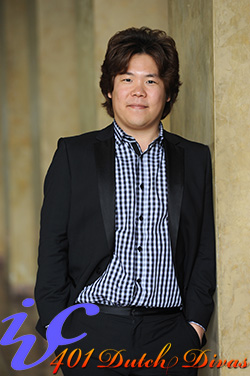 “He was the most consistent vocalist. He is intelligent and has a voice that enables him to do about anything he wants.” (Marjolein Sengers, Brabants Dagblad, September 29, 2008)

“When he enters the stage he look rather small, but once he opens his mouth Hansung Yoo turns into a giant. At the IVC he conquered all hearts with his unexpectedly mature and sonorous baritone and his articulation. Regardless of whether he sings arias by Rossini or Donizetti or a song by Brahms or Beethoven, his ability to release the music from the notes, his understanding of lyrics and his ability to color make him a fantastic artist. We may be witnessing the birth of a star.” (Frits van der Waa, De Volkskrant, September 30, 2006)

South Korean baritone Hansung Yoo (b. 1985) studied first at the Korean National University of Arts with Hans Choi and later at the Robert Schumann Conservatory in Germany with Michaela Krämer. Even during his studies he was already focusing on the great baritone roles such as Papageno, Belcore, and the Count in Le nozze di Figaro. Those roles and Rossini’s Figaro now form the heart of his operatic repertoire. He also loves the song and oratorio repertoire, from Bach to Schumann, Schubert, Händel, Wolf, Liszt and Duparc. He recorded a CD with songs that reflect his desire to discover different style periods. In his very own way he brings to life Schumann’s Dichterliebe and Duparc’s Mélodies on an album recorded in The Netherlands following his winning of the Record Company Award as one among his unprecedented six IVC prizes. He has won many prizes for his singing in South Korea, as well as, in 2007, the Schubert Liedwettbewerb and, in 2012, the ARD Musikwettbewerb. He has toured extensively in his native country, Germany and The Netherlands. During the 2013–14 season he sang in the Staatstheater Kassel as, among others, Papageno, Schaunard and Dr. Falke in Die Fledermaus.

“Among song interpreters, Falko Hönisch, 30, distinguished himself. He was rewarded with the Song Prize and a special prize for the best interpretation of a specially composed Dutch song, ‘Querela pacis’ by Roel van Oosten. Hönisch is a singer for the ages; he excels in precise, bracing nuances, and he knows how to communicate a story through music.” (Frits van der Waa, De Volkskrant, September 30, 2008)