“Tenor Joshua Ellicott sang heartrendingly way in the semifinals; he touched many in the auditorium with his singing of Schubert’s ‘Mondnacht.’” (Marjolein Sengers, Brabants Dagblad, September 19, 2006)

“The logical winner. He sang with ease in arias from Così fan tutte and The Rake’s Progress and was amazing in Schubert’s ‘Nacht und Träume.’ His exuberant rendition of Raaff’s song was nothing short of a revelation.” (Peter van der Lint, Trouw, September 26, 2006)

Lyric tenor Joshua Ellicott (b. March 1, 1977, Manchester) completed his vocal studies at the Guildhall School of Music and Drama in London. Seeing former winners and his idols – Thomas Hampson, Nelly Miricioiù and Sarah Connolly – made him proud and shy at the same time. His performances range from early music to contemporary repertoire and from recitals and concerts through opera and oratorio. Recent performances include Händel arias with the English Concert and Harry Bicket, the Steerman and the Shepherd in Tristan und Isolde with Esa-Pekka Salonen, tours of Händel’s Messiah and various Matthäus-Passions (with the King’s Consort, the Rotterdam Philharmonic and a staged version with the Orchestra of the Age of Enlightenment), Mozart’s Requiem in Japan, Händel’s L’Allegro, il Penseroso ed il Moderato in The Netherlands, Theodora under Kenneth Montgomery, Birtwistle’s The Last Supper with the London Sinfonietta, Beethoven’s Choral Fantasia at the Last Night of the Proms, and Howells’s Stabat Mater with the Brabant Orchestra. In opera he has worked regularly with Opera North. Roles there included Jaquino in Fidelio, Belmonte in Die Entführung aus dem Serail and Sergei in Shostakovich’s Paradise Moscow. He has appeared as Mozart’s Pedrillo (English Touring Opera) and as the madman in Wozzeck (Brussels) and has sung with Scottish Opera. In 2013 he made his Covent Garden debut as Basilio in Le nozze di Figaro under John Eliot Gardiner. 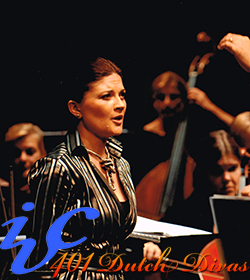 “Her Ariodante sounds like a string of carefully strung pearls, combining sensual dancing with a creative gift; she even glows in restrained, poetic moments.” (Roland Mayer, Augsburger Allgemeine, 2012)

German-Hungarian mezzo-soprano Kinga Dobay (b. July 27, 1975, Târgu Mureş, Transylvania) first started violin studies, then changed to singing musicals before turning to opera at the Leipzig Academy of Music. From 2000 to 2002 her comic talent and versatility led to over 400 musical performances at the Friedrichstadt Palast Berlin. In musical/operetta she appeared in West Side Story, Man of La Mancha, Lola Blau and Im weißen Rößl. She made her operatic debut in 2003 as Carmen, under Yakov Kreizberg. In the 2004–5 season she sang Carmen in Japan. Still in 2005 this master student of Julia Hamari, Teresa Berganza and Grace Bumbry won the Zarzuela Prize at Plácido Domingo’s Operalia in Madrid. She completed her studies at the Conservatory of Maastricht with Mya Besselink in 2006, cum laude. Following, she won her important IVC Second Prize, and the Audience Award. Among her roles we mention Orsola in Wolf-Ferrari’s Il campiello (Tokyo); La voix humaine (Prague); Composer in Ariadne auf Naxos (Dublin); Rosina (Alden Biesen Festival); the title role in Enrico di Borgogna (Vadstena); Donna Elvira (Eutiner Festival); Ariodante, Suzuki, Zia Principessa, and Mère Marie in Dialogues des Carmélites (all in Ulm); Fenena, and Maddalena in Rigoletto (Münster); Hänsel (Dresden). Further engagements at the Concertgebouw Amsterdam, Teatro Real Madrid, State Theatre Karlsruhe, Opera and Gewandhaus Leipzig, Opera Bonn, and Konzerthaus Berlin. Her activities in opera, concert and musical are widely documented through MDR, ORB and SWR broadcasts. 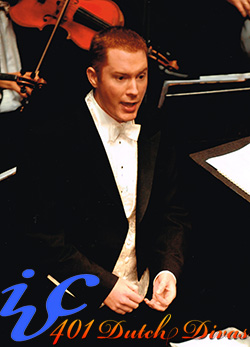 “Robin Tritschler was the most special singer of the evening. His contributions breathed the atmosphere of a long-lost vocal culture that had no place for cheap effects and vulgar thrills. A singer to fall in love with at first sight!” (Peter van der Lint, Trouw, September 29, 2006)