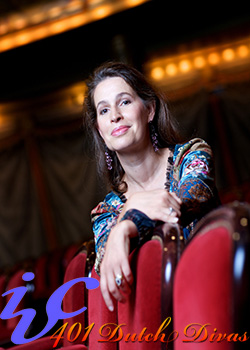 “When she walked onstage it was clear that hers was a genuine stage personality. Her arias from Meyerbeer’s Les Huguenots and Rossini’s Barbiere were wholly individual creations. She can still win in coloratura, but even there she revealed a rare poetic level of expression.” (Katja Reichenfeld, NRC, September 9, 1994)

French mezzo-soprano Sophie Koch (b. 1969, Versailles) studied with Jane Berbié at the Conservatoire National Supérieur de Musique de Paris. Her IVC First Prize proved the upbeat to a world-class career that began modestly in France. She made her international breakthrough at Covent Garden in 1998, where she triumphed in Il barbiere di Siviglia and Così fan tutte. Later on she established herself as an audience favorite everywhere from the Semperoper Dresden, as the Composer in Ariadne auf Naxos under the direction of Colin Davis, to the Bavarian State Opera, with appearances inDon Giovanni and Orfeo. Her Viennese debut as Cherubino resulted in an immediate offer for her to sing Octavian in Der Rosenkavalier. The success of her portrayal in that role was such that she ranks as the greatest Octavian of our time, and she has been performing it around the globe since. She has appeared in Berlin, Milan, Vienna and London and is a household name in Paris. Since 2010 she has sung more dramatic roles, such as Venus in Tannhäuser at the Opéra Bastille in 2011. Other important roles have been Fricka in DasRheingold and Die Walküre and Waltraute in Götterdämmerung. She appeared with Roberto Alagna in Alceste in 2013 and the next year made her Metropolitan Opera debut as Charlotte in Werther opposite Jonas Kaufmann. Her concert appearances are too numerous to list here. She has recorded songs by Schubert, Wolf, Fauré, Chausson, Respighi, Schumann and Richard Strauss. On DVD the full glory of her voice and stage personality can be appreciated in Ariadne auf Naxos (Composer), Così fan tutte (as Dorabella, on Decca), Der Rosenkavalier (Octavian) and Werther (Charlotte).

“No wonder she won the Audience Prize. So natural, so clear and transparent, technically perfect. Some songs would have moved even the most insensitive person to tears. I would have given her First Prize.” (Wil Derkse, Brabants Dagblad, September 9, 1994) The jury did not award the Great Prize, but in this case the audience had the better ear when it gave Karina Gauvin (b. 1965, Repentigny, Quebec) Den Bosch’s first official Audience Prize. The 1994 IVC was truly one of those years that seemed to be overflowing with talent. Besides Koch, there were Sarah Connolly, James Oxley, Oana-Andra Ulieriu, Leonardo De Lisi, Olga Pasichnyk and Irene Maessen. Yet I have a personal weakness for the Canadian soprano, whom I had the pleasure of interviewing several times and then heard in concert and as Armide in Amsterdam in 2013. Opera News had earlier hailed her as a queen of baroque opera, with a personality big enough to dominate her elaborate wigs and costumes. On top of that, they added, hers was “a voice that sounds like a clear, refreshing and inexhaustible spring that darts and sparkles around any ornamental obstacle in its way.” Both her parents were opera singers, and Karina’s first experiences were with the Canadian Children’s Opera Chorus at the age of eight. She made her professional opera debut with the Glimmerglass Opera and, amazingly, was still competing at age 34 (winning prize after prize). She has sung in concerts with the Chicago Symphony, Les Violons du Roy, the Los Angeles Philharmonic, the Minnesota Orchestra, the Montreal and Quebec Symphony Orchestras, the Philadelphia Orchestra and the Toronto Symphony Orchestra, among others. Her discography includes a program of Antonio Vivaldi motets (1999); Händel arias from Agrippina and Alcina; Fêtes galantes, featuring French songs; a Christmas recording (2000); and a CD with arias of Porpora (2009). She may have been a late bloomer, but currently she is blossoming like never before. 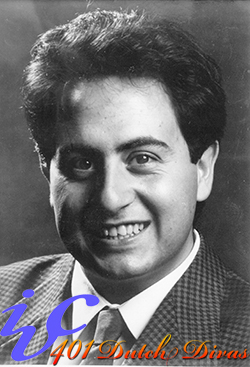 “The jury surprised everyone with an Italian First Prize winner in the song category, the 28-year-old Leonardo De Lisi. Of course this ever smiling, curly-haired charmer sang even Schumann’s ‘Dichterliebe’ with operatic exuberance, yet he identified himself intensely with the words. Perhaps it wasn’t bad either to see the analytical, scientific approach to Schubert or Wolf replaced with a bit of southern bravura. He didn’t sing in great arcs, as Germans do, but raised much tension within parts of sentences.” (Ivo Postma, De Gelderlander, September 9, 1994)