“Within three seconds of beginning to sing, Oleg Malikov sensationally established himself as the audience favorite, thanks to an all-surpassing comic talent, a natural presentation and enormous volume. For the first time in a long time I laughed my head off over the ‘Largo al factotum.’” (Bas van Putten, Het Parool, August 31, 1990)

Russian glasnost had a profound impact on the 1990 IVC, which saw an “invasion” of no fewer than 19 Russian singers. Six made it to the finals, with power baritone Oleg Malikov (b. 1961, Kemerovo, USSR) emerging as the spectacular winner. He had entered the Moscow State Conservatory in 1985, where he studied with the illustrious Hugo Tietz. Even before starting his studies, Malikov worked with the Kuzbass Philharmonic and Novosibirsk State Philharmonic and sang in some smaller Moscow theaters. His competitors stood no chance against the charm of such a rich voice in a friendly Russian face. He was the idol of audience, press and jury alike. Following his IVC victory he performed in the Wiesbaden Oper and made guest performances at the Vienna State Opera, Opera Forum Netherlands (1991, as Don Giovanni), Monte Carlo, Athens and Nuremberg (POC). Among his broadcasts are a Dutch Concertgebouw appearance in War and Peace that included such IVC stars as 1957 winner Maria van Dongen and Alexander Naumenko (and then also Olga Borodina and Ewa Podleś). In 2001 Malikov returned to Siberia. He currently sings in the ensemble of the Novosibirsk State Academic Opera and Ballet Theater, a monument of Soviet style with one of the world’s largest auditoriums. In Russia Malikov also appeared in Moscow, St. Petersburg, Kazan and Krasnoyarsk. His central roles are Escamillo, Germont, Onegin, Tomsky and Yeletsky in Queen of spades, Robert in Iolanta, Graznoi in The Tsar’s Bride and Andrei Bolkonsky in War and Peace. In 1998 he recorded a CD of Russian romances. 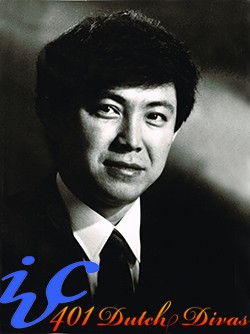 Japanese baritone Katsunori Kono (b. 1958) completed his graduate work at the Tokyo National University of Fine Arts and Music. A scholarship offered by the German Academic Exchange Service enabled him to continue his studies at the Hochschule für Musik in Munich. Later he also studied at the Vienna State Opera, and before he came to Den Bosch he had gained significant concert experience in West Germany, Austria, Switzerland and Japan, and as a guest soloist with the Opéra de Lyon. His IVC victory was reconfirmed when he won the Salzburg City Prize. Kono has since appeared throughout Europe (at the Rhine Music Festival and Salzburg Festival and with the Amsterdam Concertgebouw) and with all the major orchestras in Japan. His conductors include Seiji Ozawa and Kent Nagano. In February 1999 he sang the Barber in Die schweigsame Frau with the Tokyo Philharmonic to great acclaim. Dietrich Fischer-Dieskau himself praised Kono for “outstanding interpretation and incredible concentration” in German lieder. Some of his career highlights are his 1999–2000 recital series “Songs, Three Nights, One Night Tale” and his second performance of Schubert’s Die Winterreise (2001). In 2001–2 he toured with Schubert’s Schwanengesang (2001, at Casals Hall), Die Winterreise (2002, Oji Hall) and Die schöne Müllerin (2002, Toppal Hall). In March 2002 he recorded Schwanengesang on CD for Nami Records. Other repertoire highlights are Mahler’s Ruckert-Lieder and Lieder eines fahrenden Gesellen. 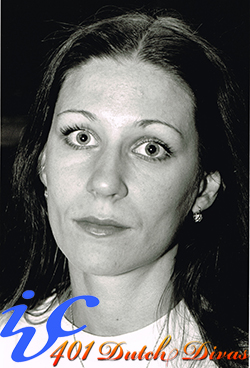 “Perestroika and open borders enabled Russian candidates to come to the IVC on their own, without any state interference. The result: four out of five opera finalists were Russians and Malikov had to share his First Prize (and the 10,000) with his compatriot Marina Zhukova. She too brought the audience to their knees with a final high C (or something close to it) in the extremely difficult ‘Air des clochettes’ from Delibes’s Lakmé.” (Doron Nagan, AD, 1990)