“During Friday’s finals Pieczonka, dressed in a black gown with spoilers at the shoulders, proved as familiar with Mozart as with the late romanticism of Catalani. She has a warm, glittering timbre and a superior technique. Most impressive: the direct impact of her natural expression. An exceptional singer who will achieve a lot.” (Frits van der Waa, De Volkskrant, September 5, 1988)

“The voice follows her spirited, strong personality. She can express the contents of such different dramatic roles as Fiordiligi in Così fan tutte and Wally in Catalani’s opera, all imbued with an unfailing interpretative instinct.” (Katja Reichenfeld, NRC, September 5, 1988)

Soprano Adrianne Pieczonka (b. March 2, 1963, Poughkeepsie, New York) moved to Canada with her family when she was two years old. After graduating from the University of Toronto Opera School, she made her Canadian stage debut in a 1988 production of Shostakovich’s Lady Macbeth of the Mtsensk District , after which she went to Europe. She first conquered the 1988 IVC jury and joined the Wiener Volksoper in 1989, then the Vienna State Opera in 1991. In 1994 she made her Metropolitan Opera debut (as Lisa in The Queen of Spades ), which was followed by a Glyndebourne debut as Donna Anna in 1995. La Scala, Munich, Frankfurt and Los Angeles all followed. Her operatic repertoire includes Mozart, Britten and, more recently, Wagnerian roles, especially Sieglinde ( Die Zeit referred to her as “the Sieglinde of our time”). She inaugurated the Four Seasons Centre for the Performing Arts in Toronto in the role and later returned to live there. Her album Adrianne Pieczonka sings Wagner and Strauss was nominated for Classical Album of the Year at the 2007 Juno Awards. It is hard to find conductors in her CV of lesser stature than James Levine, Riccardo Muti, Zubin Mehta, Claudio Abbado, Lorin Maazel, Antonio Pappano or Georg Solti. She opened the 2013–14 season in Covent Garden as the Empress in Die Frau ohne Schatten. 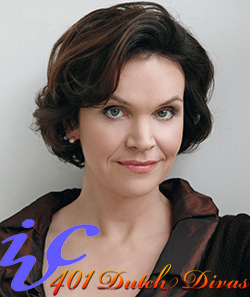 “In her interpretations of Schubert, Brahms, Wolf and Berlioz songs, Ziesak demonstrated superb technical control and an equal talent for communicating the meaning of the lyrics, although I was a bit scared watching her extreme mugging. She was rewarded with the First Prize.” (Frits van der Waa, De Volkskrant, September 5, 1988)

Ruth Ziesak (b. February 9, 1963) studied voice at the Frankfurt University of Music and Performing Arts and began her singing career in 1988 as a member of the Heidelberg Stadttheater. First Prizes at the Deutscher Musikwettbewerb and the IVC 1988 quickly paved the way to an international career. In 1990 she entered an engagement with the Deutsche Oper am Rhein. She sang to great acclaim in Munich, Stuttgart, Berlin and Dresden and then went on to conquer Milan, Florence, Vienna, Paris, London and New York. She is renowned for her Mozart interpretations, among them Pamina (recorded under Georg Solti), Servilia (recorded under Nikolaus Harnoncourt) and the Countess in Le nozze di Figaro. Other central roles in her repertoire are Ännchen in Der Freischütz, Marzelline in Fidelio, Ilia in Idomeneo and Sophie in Der Rosenkavalier. She has emerged as one of the world’s most sought-after concert artists and lieder singers, appearing with the leading orchestras in Paris, Milan, Vienna, Munich, Leipzig, Amsterdam and London. A frequent guest at the Salzburg and Luzern Festivals, the Schleswig-Holstein Music Festival and the BBC Proms, she has sung under the batons of Riccardo Muti, Kent Nagano, Lothar Zagrosek, Riccardo Chailly and Ivor Bolton. She is featured in many CD and DVD productions, among them Ton Koopman’s complete recording of Bach’s vocal works with the Amsterdam Baroque Orchestra and Choir. In 2011 she released an album featuring newly discovered compositions by Mendelssohn. Her complete opera and oratorio recordings have been released on Decca, Teldec and Naxos; her solo recitals, also on Capriccio, BMG and Air Edel.

“A soubrette with an unprecedented talent in the area where classical meets jazz, as proven by her rendition of ‘Summertime’ from Porgy and Bess—a souvenir from her American youth as a singer and trombonist in the Methodist Church.” (Katja Reichenfeld, NRC, September 5, 1988)