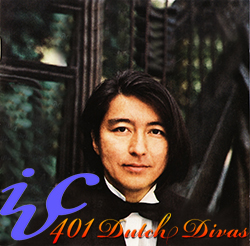 “Apparently, during the preliminaries Erik Kurmangaliev forced his voice, which otherwise would have been able to rise to the unreachable heights of the second octave above the staff. This may have caused certain piercing quality in his upper register. Otherwise this young Russian is a charming, serene stage personality whose achievements, even if difficult to compare with his female ‘competitors,’ deserve much better than to be judged on extravagance alone.” (Frits van der Waa, De Volkskrant, September 7, 1987) Russian Kazakh countertenor Erik Kurmangaliev (b. January 2, 1959, Kulsary; d. November 13, 2007, Moscow) studied as a postgraduate at the Moscow State Conservatory with Nina Dorliac. He took master classes with Ingrid Bjoner, Phyllis Curtin and Anna Reynolds. His 1980 debut with the Leningrad Philharmonic reveals that his tragic career had already begun by the time he arrived in Den Bosch. People like Alfred Schnittke were fully convinced of his talent, yet others regarded him as a circus freak. In 1992 he appeared in a Russian play based loosely on Madama Butterfly that made him a celebrity. His operatic repertoire includes Orfeo (1993), Orlovsky (1996 , Moscow), Tancredi (1999, Vilnius) and principal roles in Admeto, L’incoronazione di Poppea, Bortniansky’s Alcide and the pastiche The Abduction of Farinelli (2005, Riga). He gave countless concerts in the USSR and Europe, including Paris, and appeared in a number of plays. His concert repertoire included arias by Händel, Purcell, Bach, Vivaldi, Gluck, Mozart, Bellini, Puccini, Meyerbeer, Franck, Cherubini, Bizet, Verdi, Schubert, Glinka and Tchaikovsky. He contemplated transgender surgery but did not actually undergo it. He was never invited to sing at the Bolshoi Theatre, and his unique talent was apparently never fully understood. At age 47 he died of liver failure. What remains are fascinating recordings of his key repertoire and some moving Russian TV documentaries. 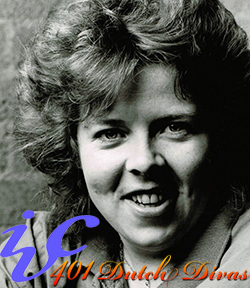 “The First Prize was certainly not the reason the jury was out so long. Fiona Cameron has all it takes for the concert stage, including a splendid and well-trained voice; she is self-assured and her confidence compensates for what she lacks in terms of interpretation. When she walked onstage people giggled over the enormous contrast between her shapely appearance and the tiny silhouette of her female Japanese accompanist. Those smirks ended once Cameron opened her mouth. In ‘Cara selve’ she demonstrated her technical abilities; in Villa-Lobos’s ‘Evacaçao’ she unfolded a rich palette of colors and expression, following which she concluded with a slightly pathetic but virtuoso rendition of an orchestrally accompanied aria from Donizetti’s Don Pasquale . It brought the house down, yet the jury proved more convinced of last year’s winner Qing Miao when it came to selecting a First Prize winner to represent the IVC in the Verona Competition for First Prize winners.” (Frits van der Waa, De Volkskrant, September 7, 1987)

Scottish soprano Fiona Cameron Shelfer (b. 1959, Motherwell) studied at the Royal Northern College of Music and the Guildhall School of Music. She attended master classes with Elisabeth Schwarzkopf, Sherrill Milnes and Renata Scotto and then, in 1987, began a round of vocal competitions, scoring her biggest victory at the IVC. She has performed with such orchestras as the Royal Liverpool Philharmonic, Halle, the BBC Philharmonic, the Scottish Chamber Orchestra, the Singapore Symphony Orchestra and the Nouvel Orchestre Philharmonique under Marek Janowski. Her large concert repertoire includes Händel’sMessiah, Mozart’s Requiem, Haydn’s The Creation, Beethoven’s “Ah! Perfido” and Symphony No. 9, Brahms’s Requiem, Orff’s Carmina Burana, Britten’s War Requiem, Holst’s Choral Symphony and Verdi’s Requiem. She has sung in Gala Concerts at the Barbican and Usher Halls and recently recorded the Poulenc Stabat Mater with the Ulster Orchestra. 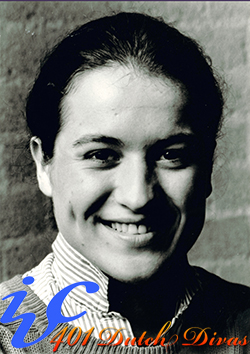 “What does a Third Prize mean if those with no future are judged to be on a par with the unmistakably versatile and stylish vocal talent of Marie-Noëlle de Callataÿ? The 23-year-old Belgian, whose voice has matured ahead of her age even if it is not yet finished, surpassed all her competitors in terms of musical knowledge when it came to Mozart, Händel and Bizet; only Cameron surpassed her in technical respects. A most promising talent that should have been ranked higher.” (Frits van der Waa, De Volkskrant, September 7, 1987)