“Flashing lots of skin and blingbling, Romanian beauty Leontina Văduva had her own approach to presentation. After a bravura performance of Ravel’s ‘L’air du feu’ from L’enfant et les sortilèges and a virtuoso trifle from Duke, she managed to sing Verdi’s ‘E’ strano’ with exactly the same ease.” (Theo Muller, “Vocalistenconcours verliest aantrekkingskracht,” September 9, 1985)

“A flamboyant appearance. She wrapped the audience around her finger with her charming personality. […] A full, rich timbre, and thus she was elected to represent the IVC at the Arena di Verona Competition for First Prize winners.” (Leidsch Dagblad, September 9, 1985)

Romanian soprano Leontina Văduva (b. December 1, 1960, Roșiile) proudly carried the torch of the impressive list of Romanian IVC winners that began in 1963 into the 1980s. While her First Prize was undisputed, history now views what the press and some jurors considered one of the weakest slates in 50 years of competition as having produced one of the most famous winners of all, not to mention the impressive Bolshoi careers of Naumenko and Bryleva. Văduva studied at the Bucharest Conservatory and with Ileana Cotrubaș. Following her IVC triumph she debuted as Manon in Toulouse in 1987. She defected to the West in 1988 following engagements in Paris and Covent Garden: “As a student, I remember singing in a theater where it was minus four degrees and the orchestra was playing with gloves. The public in the theater were dressed as if they were outside. Music carried us through this very difficult period.” In Covent Garden she appeared as Gilda (1989), Micaëla (1991 and 1994) and Juliette (1994). In 2000 she debuted at the Metropolitan Opera as Mimì. Further appearances included Buenos Aires, Barcelona, Cologne and Vienna. Her discography includes Rigoletto (1993), Les contes d’Hoffmann (1996), La bohème (1995), and an EMI recital CD conducted by Plácido Domingo (1997). Her Juliette, with Roberto Alagna, is on DVD (1994). 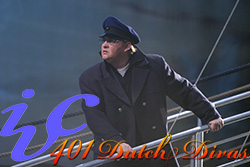 “Naumenko improved on his semifinals achievement and secured not only a First Prize, but also the Elly Ameling Song Prize.” (Leidsch Dagblad, September 9, 1985)

Born into a musical family, People’s Artist of Russia Alexander Naumenko (b. 1956, Vorozhba, Ukraine) eventually reached the St. Petersburg Conservatory. When he was subsequently unsuccessful at the Moscow Conservatory he gave up singing and took a job as a laborer in a leather factory. But then his protector Tiets suddenly sent him a letter that summoned him back to the Moscow Conservatory. After an Artistry Prize in the 1984 Glinka Competition, Naumenko progressed to the postgraduate course of 1985 IVC juror Nina Dorliac (who was of course not allowed to vote for her own pupil). His two prizes at this IVC opened the doors to the Moscow Philharmonic. He continued his studies with Hans Hotter in Vienna, and in 1991 he was appointed soloist of the Bolshoi Theatre, where he has been a leading bass ever since. His first big role there was Ivan the Terrible in Rimsky-Korsakov’s The Maid of Pskov. Central roles for him are Tsar Dodon in The Golden Cockerel, Leporello in Dargomyzhsky’s The Stone Guest, Prince Vyazminsky in Oprichnik, Salieri in Mozart and Salieri and the classical roles in the bass repertoire. A virtual tribute to his teacher Hotter was an appearance in Germany as Daland on 20 days’ notice. At the time of this writing Naumenko is scheduled for Bolshoi performances as Vasily in The Tsar’s Bride and Gremin in Evgeni Onegin. He has made recordings for Melodyia, including recital discs with works by Mussorgsky, Shostakovich, Strauss and Schubert. 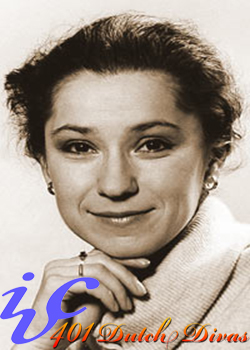 “Elena Bryleva is only 24, but already in possession of a glorious, radiant coloratura voice that can rise effortlessly and completely evenly throughout the scale to high F. If only she could be less introverted and overcome her natural shyness.” (Utrechts Nieuwsblad, September 1985)

“This Madonna-like sopranino has a very bright timbre with a penetrating tonal center. Her interpretations of Britten, Donizetti and Rimsky-Korsakov were as brilliant as they were controlled.” (Theo Muller, “Vocalistenconcours verliest aantrekkingskracht,” September 1985)