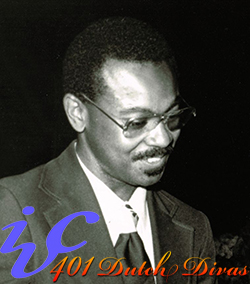 “The tenor Howard Haskin made a deep impression with ‘In Dreams I’ve Built Myself’ from Peter Grimes and then with Don José’s aria from Carmen. During the semifinals he entertained his audience with a particularly funny rendition of ‘Het strijkje’ by Straesser.” (Karin Maria Kwant, Mens en Melodie, September 1981)

The rise in the 1960s and ’70s of IVC-winning African American opera singers, beginning with Thomas Carey, Louis Hagen Williams, Moises Parker, James Wagner and La Verne Williams, culminated in the 1981 victory of Howard Haskin. His triumph was instrumental in starting a magnificent career that includes over fifty operatic roles – among them a legendary Otello in Nice in 1995, as one of the first black tenors ever to have sung Verdi’s role in a major opera house. He had a luscious tenor voice that was able to rise above the orchestra. He did groundbreaking work in Schnittke’s Life with an Idiot at the Dutch Opera, conducted by Rostropovich, and appeared as the Jailer/Grand Inquisitor in Dallapiccola’s Il prigioniero (the Sony CD won a Grammy nomination). Standout roles include Bacchus (Ariadne auf Naxos), Don José, Cavaradossi, Jason (Cherubini’s Médée), the title role in Oedipus Rex, Paris (Tippett’s King Priam), Samson and Sportin’ Life (Porgy and Bess).

Haskin also enjoys a distinguished career as a concert singer. On 401ivca.com you can find a unique interview with Haskin, Dawson, Meeuwsen, and several jurors, including Manus Willemsen, done live at the 1981 IVC. 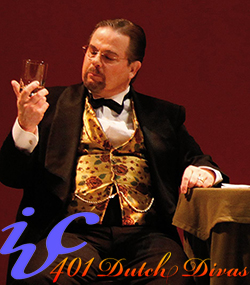 “Jan Opalach was introduced as a lieder singer, and a marvelous one he proved in songs by Wolf, Ravel and Poulenc. The surprise was that his performance in oratorio was equally marvelous.” (Karin Maria Kwant, Mens en Melodie, September 1981)

The 1981 IVC Jury was jubilant over the exceptional level of that year’s contestants, an assessment confirmed in a multitude of significant careers. See our Archives website for Anne-Marie Dur, winner of the new Gré Brouwenstijn Dutch Opera Talent Prize and renowned in Brussels and Amsterdam, where she recorded a historically important recital of 19th-century Dutch opera arias; Lucia Meeuwsen, who had a fine career in Germany and at the Dutch National Opera; Barseg Tumanyan, who sang from Amsterdam to Los Angeles; Shihomi Inoue-Heller and Jean Nirouët, both of whom had fine careers; Wolfgang Holzmair, one of the most famous baritones of his generation; andEgidius Pluymen, who might catch your attention on a hilarious 2003Rigoletto DVD from Opera Spanga. Finalist Elżbieta Szmytka will be discussed in 1982. Here we profile American bass-baritone Jan Opalach. This staple of the New York City Opera since 1980 performed there in such roles as Papageno, Figaro (Mozart), Leporello, Bartolo (Rossini), the Forester in The Cunning Little Vixen, Sancho Panza in Don Quichotte, Capellio in I Capuleti e i Montecchi and King Fisher in The Midsummer Marriage. He was cast in the world premiere of Philip Glass’s The Voyage at the Metropolitan Opera. Outside the United States he appeared with Canadian Opera Company, the English National Opera, the Netherlands Opera (as Taddeo in Dario Fo’s production of L’italiana in Algeri), the Scottish Opera, the Palacio de Bellas Artes in Mexico City and Drottningholm. Conductors with whom he worked ranged from Daniel Barenboim to Lorin Maazel and Simon Rattle. Opalach recorded for Argo, Bridge, CRI, Decca, Delos, EMI, Koch International, L’Oiseau-Lyre, Nonesuch, Telarc and Vox Unique. 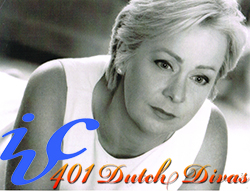 “The young 20-year-old soprano Anne Dawson proved a phenomenon. A personality with a high-profile sound, without mannerisms, and with a versatility that is rarely encountered among singers of her age. The jury dubbed her ‘a complete artist.’” (Roland de Beer, De Volkskrant, September 7, 1981) “Stupendous; we should thank providence for the chance to hear her. Timbre, technique, musicality, interpretation and sense of style were immaculate.” (Chris de Jong-Stolle, Brabants Dagblad, September 7, 1981)