The exceptionally high level of the 1961 IVC is further accentuated by the careers of those singers who were not given any prize. Dramatic soprano Pauline Tinsley arguably enjoyed even the most succesful career after First Prize winner Yvonne Minton, and should be ranked before Great Prize winner Thomas Carey. She performed such powerful characters as Puccini’s Turandot and Abigaille in verdi’s Nabucco. She ois Amelia in a 1970 broadcast from Vancouver, featuring 1957 IVC participant Michele Molese as Riccardo. She is Elettra in a 1968 Idomeneo conducted by Sir Colin Davis; Marfa Ivanovna in Dvorak’s Dmitrij from Queen Elizabeth Hall, London, 13 July 1993; Die Färberin in Richard Strauss’Die Frau ohne Schatten from 1981; Gulnara in Verdi’s Il Corsaro from St Pancras Festival, London, 1966; Lucrezia in Verdi’sI due Foscari from Camden Theatre London, 1969; Fidelia in Puccini’s Edgar for BBC Radio in 1972; Lady Billows in Britten’sAlbert Herring from Teatro Olimpico, Rome, 1989; Fata Morgana in Prokofjev’s Love for the three oranges for the BBC, 1979; Santuzza in Cavalleria Rusticana, London 1976, and so on.

Tenor Adrian de Peyer enjoyed a flourisching comprimario career in the UK. De Peyer sang among others with the Scottish Opera, and his voice van be heard in over a handfull of broadcast recordings, one of them being a La muette de Portici, with him singing the second tenor part of Alphonse, which still gives him two fine arias to sing, such as the one we present here: 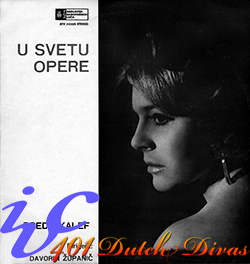 Breda Kalef-Simonović was the dramatic mezzo soprano par excellence in Sofia for decades, radiant as Carmen, Samson et Dalila, and other roles in that league. Carmen she performed, among others, alongside star tenors Franco Corelli and Giuseppe di Stefano! Apart from a handful rare live recordings, she also released a 1967 LP recital with arias from Il trovatore, Werther, Carmen, Samson et Dalila, Orfeo ed Euridice, and Mignon. If she went unnoticed by the Jury, there was still one critic who singled her out, Leo Hanekroot, writing for De Tijd:

‘Imagine her singing a Carmen excerpt that made you instantly take pity on that poor fellow, Don José. Whereas his ordeal is usually taken for granted in the opera, Breda Kalef-Simonović forced you to face the hard facts as stipulated by the libretto.’ 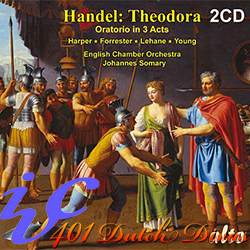 Maureen Lehane was a celebrity in the UK, to the point where The Guardian dedicated a lengthy obituary to her in 2011. She made a number of recordings, among them in Händel’s Theodora. We present her here as Arsamene is Händel’s Serse: 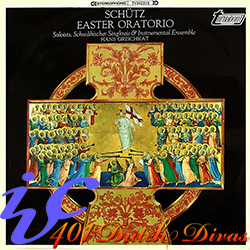 Not much is known about Anna Maria Weinmann, other than that she recorded Schütz Easter Oratorio (LP Turnabout TV 34233-S), which indicates that she must have had a provincial career in the German spreaking nations. 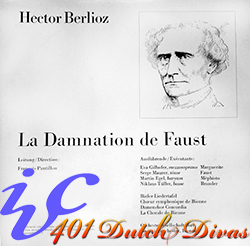 Maria Kristova all but vanished to date, but she did have a career in Bulgaria.